Amelia Meman, ’15, Gender and Women’s Studies (GWST), is Grants and Marketing Intern at UMBC’s Women’s Center, Co-Leader of Women Involved in Learning and Leadership (WILL), and Director of Events with the GWST Council of Majors, Minors, & Certificates

To many, the words “Critical Social Justice” may mean little or maybe too much.

Is it a class?

A mode of thinking?

To me, it is all of those things. It’s an introduction to an academic lens, a new way of thinking, a celebration, an ongoing effort, and my brainchild.

CSJ  came from my experiences as a student, a feminist, and an artist. I began to see all the gaps in social justice movements: the hierarchy of value associated with different forms of activism, the mainstream issues that take center stage and the issues that are silenced by the majority, and the lack of creative and critical programming on campus. There are so many ways to participate in social justice efforts, but they are not all recognized with the same amount of value and meaning. For example, the president of a reproductive justice lobbying group could be seen as the ultimate activist within mainstream feminist circles, but a part time artist who creates work on disability and her environment may not be seen with the same reverence as the president, though her work is powerful in a whole other way. Rather than replicating the social justice hierarchy in the creation of CSJ, we have consciously striven to create and facilitate a variety of different programs that open up a variety of critical dialogues on the UMBC campus. CSJ invites all different types of activists—whether a person is a student, a teacher, an artist, a musician, a writer, an engineer, a doctor, etc.—to talk about how they are creating change in their own unique ways. We encourage many different voices to come out and speak, because, in my mind, the contributions of a student forever questioning the status quo in class can be just as powerful a form of activism as a state senator pushing for prison reform.

Along with under-recognized activism, come the under-recognized movements within mainstream social justice efforts. While race and feminism seem to take the front seat when we first think about social justice, issues in the backseat, like disability rights and prison reform/abolition, are initiatives that are just as important. CSJ is meant to get people engaged in tough conversations from a variety of perspectives. We have endeavored to create an inclusive program that deals with both popular movements (like anti-street harassment) and movements that have not had as much lip-service (like disability). All of these conversations—whether they’ve already been started on campus, need some energizing, or haven’t been heard—are meant to spur the UMBC community towards civic engagement, as well as promote a campus initiative to continue learning from different people with different points of view.

So you might now be wondering, “Well, it’s great that you’re planning to do all of these things, but how are you going to get people to come and participate?”  Well, with CSJ, I also wanted to see a campaign that offers a level of engagement that goes beyond the quintessential pamphlet exchange or flyer campaign. It’s not that either of these things is bad or critically lacking; it’s just that they happen so often that sometimes people feel apathetic towards the information they are gaining. For CSJ, I imagined creative programming that would promote active engagement with a new lens and relationship building among peers and teachers. I wanted to see people creating art together, participating in egalitarian conversations, and solving problems with teamwork, cooperation, and ingenuity. So far, the programs that have been pitched to us for CSJ involve creative engagement through art-making, collaborative learning, and open discussions, and we are incredibly excited to see even more proposals come our way that offer new and innovative ways to learn.

So now that we know what CSJ is going to be, let’s go back to the title: “Critical Social Justice.” It is open-ended and rich with possibility. It is sharp, but inclusive. It is radical, but relatable. It is rife with appreciation for our capacity to learn more and do more for our community and for each other. Critical Social Justice is a move towards civic engagement and critical thinking that will energize our community to seek change in the world. 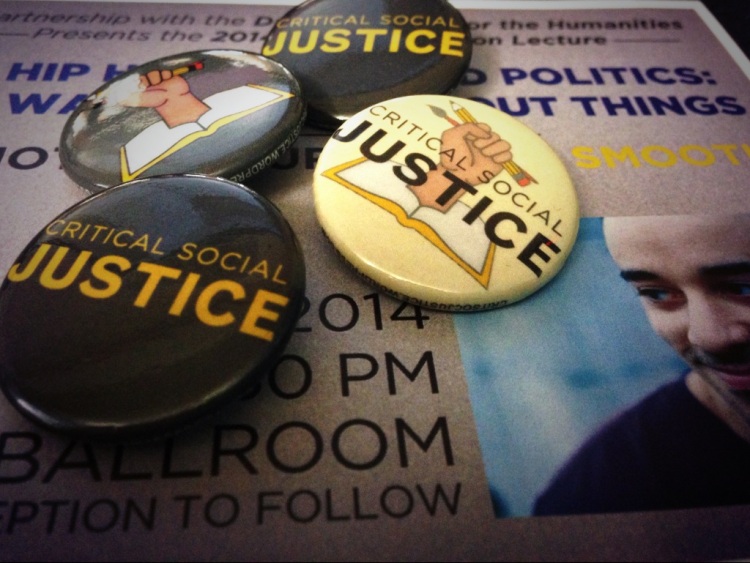 For more information, contact the Women’s Center at UMBC womenscenter@umbc.edu